Proudly serving the residents and community of Tuscola

For Tuscola, by Tuscola. The Tuscola Community Foundation is a community supported non-profit corporation that funds programs and services that make a lasting impact in our community. With funds available to serve a broad spectrum of interests from youth activities to education, human services, and more, we are committed to ensuring all entrusted funds support our community.

In late 1993, the Tuscola Rotary Club was presented a $5,000 check from First Federal Bank of Tuscola with a challenge. First Federal Bank had recently been acquired by Joseph Monahan & family and Mr. Monahan had been instrumental in setting up the Arcola Foundation in the 1970’s. He challenged the Tuscola Rotary Club to study the feasibility of starting a tax-exempt, charitable, public community foundation with the stipulation that the $5,000 be used as “seed money” if the Rotary Club decided to go forward with plans to organize a community foundation. If the Club decided not to organize a community foundation, the $5,000 would be Rotary’s to use as it so determined. Mike Yusko, president of the Tuscola Rotary Club, appointed bankers Bill McCarty and Doug McCumber, along with attorney Emerson Moore, to look into the feasibility of setting up a charitable community foundation. Over the next few months, McCarty and McCumber visited with several area foundations and Moore looked into the legal requirements in establishing a community foundation with 501(c)(3) status. After numerous meetings, the three recommended to the Tuscola Rotary Club that the money be used towards establishing a tax-exempt, charitable, public community foundation. The three men volunteered to be founding members and began to complete the necessary paperwork required by the IRS. The purpose of the foundation was to establish an entity for individuals to make contributions which could be pooled together and then distributed later for charitable, religious, scientific and educational purposes. The mission of The Community Foundation, Inc. would be to help enhance the “quality of life” for the citizens of Tuscola and surrounding area. The Certificate of Incorporation was filed in the office of the Secretary of State of Illinois on July 19, 1994.

On September 28, 1994, the first meeting of the membership was held. It was decided that the Board of Directors should have representation from seven sectors of the community. The seven sectors to be represented were: finance, municipal, education, agricultural, industrial, religious and legal. Three at-large members from the community would also serve on the board. No director could serve more than two consecutive three-year terms. Elected officers were William F. McCarty, President; J. Michael Damler, Vice-President, Douglas R. McCumber, Treasurer and Marilyn Hancock, Secretary. Elected directors were William F. McCarty (at-large), Douglas R. McCumber (finance), Emerson Moore (legal), J. Michael Damler (education), Marilyn Hancock (at-large), Patti Waters (at-large), Mary K. Wetzel (agricultural), Father Joe Ring (religious), Tim L. Fedrigon (industrial) and Mayor Daniel J. Kleiss (municipal). Proposed by-laws were presented, discussed and modified prior to presentation at the first quarterly meeting to be held on October 19, 1994. On October 19, 1994, the by-laws were presented to the membership and approved.

On September 14, 1995, McCarty signed an application for Recognition of Exemption under Section 501(c)(3) of the Internal Revenue Code. In November, 1995, the IRS requested more information in order to determine if the Foundation would be exempt from federal income tax. A response was prepared by Moore and McCumber and on November 29, 1995, a preliminary ruling by the IRS was issued stating that the Foundation would be granted 501(c)(3) status during an “Advanced Ruling Period” that would end on June 30, 1998. On December 4, 1998, the Foundation received a “final letter” indicating that its exempt status as a public charitable foundation would remain in effect unless the IRS published notice to the contrary.

On October 18, 1995, the 1st Annual Meeting of the membership was held at Tuscola City Hall. McCumber, Moore and Waters were re-elected for three-year terms on the board and Rev. Kenneth Roedder was elected to fill the two-year unexpired term of Father Joe Ring who had resigned on September 6, 1995.

The first grants awarded by the Foundation were $20,000 on April 7, 1995 and $6,925 on June 7, 1995. The monies went towards the construction of the Prairieland Pride Playground located in Ervin Park. The first scholarship (then known as the Kleiss/Arseneau scholarship) was awarded on July 21, 1995 to Shawn Robinson in the amount of $500. The largest bequest to the Foundation to date is $1.66 million from the George J. A. Meister Estate which is used to benefit Senior Citizens from Douglas County. Since its beginning in 1994, The Tuscola Community Foundation, Inc. has awarded over $50,000 in scholarships, $343,963 in grants including the money raised for the “Imagination Station” in Ervin Park and has over $2.1 million in funds available for distribution and community reinvestment.

Invest in our community’s future.

Simply put, we are better together. Our mission of investing into Tuscola is made possible by the generous donations from community residents and businesses. From making a one-time donation to becoming a foundation member, we offer a variety of ways to achieve your charitable goals. 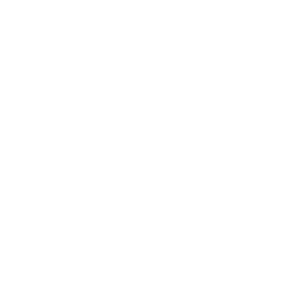 Managed by Clanin Marketing and Powered By UniSyn